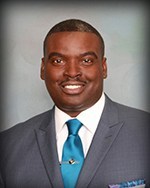 Mr. Willie E. White is a Management Analyst for the Installation Management Command (IMCOM), Fort Sam Houston, TX. He oversees the corporate civilian training budget Spend Plan and the IMCOM Academy Budget of $11 million, which supports 75 Army bases and over 750K civilians globally. Appointed to the Fort Sam Houston Independent School District Board of Trustees in September 2015, Mr. White has served as the School Board Secretary, Vice President, and President. Additionally, he serves on the San Antonio Chapter of President Barack Obama’s “My Brother’s Keeper” initiative, the San Antonio Chapter of the National Association for the Advancement of Colored People (NAACP), and the National Caucus of Black School Board Members. Mr. White holds a Bachelor of Science in Management and a Masters of Business Administration (M.B.A.) from The University of Phoenix. A staunch district advocate, Mr. White is committed to safeguarding and sustaining high-quality education for all military children while serving the Soldiers and Families of our “Wounded Warriors” to ensure that no service member’s child is left behind. 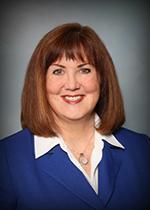 Ms. Lisa M. Brown served 32 years in the Army, starting out as an enlisted medic and retiring as a Colonel, Medical Service Corps, in May 2016 at JBSA Fort Sam Houston. She currently works at the Army Medical Department (AMEDD) Center & School, and is the Administrator of the Order of Military Medical Merit, a unique, private organization founded by the Commanding General of U.S. Army Health Services Command in April 1982 to recognize excellence and promote fellowship and esprit de corps among AMEDD personnel. Prior to her appointment to the Fort Sam Houston Independent School District (FSH ISD) school board, she worked as a substitute teacher for the FSH ISD, as well as volunteered as the FSH Elementary School PTO Treasurer for 3 years in her spare time. Her daughter has attended FSH Elementary School since Pre-K and will be entering 3rd grade there for the 2019/2020 school year. Having served in the military, she understands the unique educational and support needs for military children. She is a respected health care executive with extensive experience leading operations, program management and public administration. She has had repeated success guiding sizeable, cross-functional teams in the design and implementation of enterprise-wide process redesign and restructure. Ms. Brown is an expert presenter, trainer and leader with a proven ability to develop and implement programs that result in successful, profitable, and innovative as well as compassionate cultures. She has a Master’s in Business Administration, with an emphasis in Controllership, from Syracuse University as well as a Master’s in Strategic Studies from the U.S. Army War College. 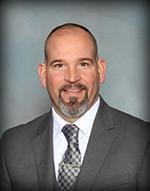 Mr. Richard G. Kling III is a Protocol Specialist for the U.S. Army Surgeon General and the U.S. Army Medical Command. He advises the Executive Services Director and Protocol Chief regarding protocol matters in support of the Surgeon General and Commanding General of the U.S. Army Medical Command (MEDCOM), Deputy Commanding General Support) and Deputy Chief of Staff on matters pertaining to Protocol to assure proper operation for functions involving military and civilian visitors from the White House, Congress, Department of Defense (DoD), Department of the Army (DA), government, foreign dignitaries, contractors, and private industry. Mr. Kling is also a retired Veteran, having served an accomplished career as a Combat Medic for over 25 years. His military experience provided him with a wealth of knowledge and expertise in the areas of Safety and Occupational Health, Joint Healthcare Management, Emergency Medical Treatment, Equal Opportunity, Medical Education, and Digital Training Management. This has enabled him to work well in a fast-paced environment and enjoy creative problem solving and resolve varying issues with a high degree of professionalism. Solid communication skills and strong leadership support his work both individually and in a team setting, all of which he plans to sustain as an FSHISD board member. Two of his children have previously graduated from FSHISD and he currently has a son attending Robert G. Cole High School. Mr. Kling holds a Bachelor of Science in Health Science (Magna Cum Laude) and is an honorary member of the Army Medical 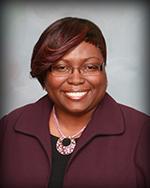 Andrea Nicholas, a former graduate of Robert G. Cole High School, is a Training and Curriculum Specialist for Joint Base San Antonio Child and Youth Programs.  She joined the Child and Youth Program team over 26 years ago and has been committed to both age and developmentally appropriate growth of children/youth ever since.  She believes that education should focus on developing the "whole" student by providing opportunities for cognitive, social, emotional, and physical growth.  It is her belief that these opportunities should be provided in a safe environment that promotes integrity, knowledge acquisition, individuality, and creativity.  She is devoted to ensuring the students of FSHISD receive the best education available and the District’s vision to ensure “every student is a learner, every learner is a graduate, and every graduate is a success” is the daily goal. Ms Nicholas received a Bachelor of Science in Occupational Education with a specialization in

Management from Wayland Baptist University.  She is a mentor with Help Raise 1, 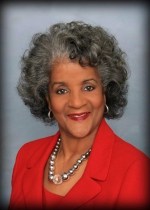 A native San Antonian, Dr. Deborah Seabron has a total of 40+ years of federal civil service in various positions and agencies and is currently employed as Chief, Strategic Initiatives and Integration, 502d Air Base Wing, Joint Base San Antonio. Because of her passion for children and education, she joined the Fort Sam Houston ISD Board of Trustees in 2004. She held the positions of Board Secretary from 2006 – 2008 and Board President from 2009 – 2015 and is a proud graduate of Leadership TASB. She also served on the Board of Directors (Region 20) for the Texas Association of School Boards from 2013 – 2015 and is a 1991 graduate of the San Antonio Greater Chamber of Commerce – Leadership San Antonio. Dr. Seabron helped to create the “Rising Stars Leadership Program” at Fort Sam Houston Elementary School. This mentoring program introduces 5th graders to leadership roles and responsibilities as well as provides them with a strong sense of self-worth. A 1985 graduate of the University of the Incarnate Word (B.A. Business Administration) and 2005 graduate of the National Graduate School (M.A. Quality Systems Management), Deborah earned her doctorate at Our Lady of the Lake University, San Antonio, Texas.